Is your Home Recession-Proof? Why House Prices Might Not Fall in your Area - Real Estate, Updates, News & Tips Is your Home Recession-Proof? Why House Prices Might Not Fall in your Area

While home prices are still reportedly increasing, to the dismay of many aspiring buyers, experts believe this trend will not continue forever. In fact, there are signs that the housing market is already slowing down, as sales for new and existing homes have started to drop.

But as inflation is now at its highest level in decades, partially driven by the pandemic and the unfolding war in Ukraine which is adding pressure on the food and energy sectors, many are fearing that a recession will come before the housing market will be able to naturally come to a slowdown.

The Federal Reserve raised interest rates by three-quarters of a percentage point on Wednesday, an aggressive move to rein in inflation which many have feared might trigger a looming recession, though Fed Chair Jerome Powell has said that he doesn't believe the U.S. is in a recession.

Some think we're already living in a recession, as economic output fell in the first quarter, with the U.S. GDP shrinking in the first three months of the year.

Most experts have played down the possibility of a housing market crash like the one that happened during the 2008 crisis. But if the housing market were to suddenly slow, the impact of such a downturn won't be felt the same across the entire country.

McGill thinks that the areas which have seen the least amount of traffic of investors in the past two years won't experience the same contractions likely to impact some regional housing markets —those places where people have flocked to when they were allowed to work remotely, outdoing locals in bidding war for a limited supply of homes.

"I would argue that the areas that will weather a recession better are the ones that have a more stable demand profile, one that's driven more by primary demand and not second home or investor demand over time, and one that doesn't have a lot of supply coming to market," McGill said.

The reason why these areas might fair better during a recession is that there are fewer planned investments for building new homes compared to areas like Florida, Texas, North and South Carolina and Georgia, and so there is less of a risk that these new homes might remain unsold during an economic downturn, worsening the potential crisis.

At the same time, as those areas have not experienced a major increase in demand during the past two years, they will consequently not suffer the sudden mismatch between growing supply and dropping demand.

"So, honestly, it's the less appealing, slower-growth areas of the Northeast and Midwest that probably will weather [a recession] better, similarly to what happened last time, when the higher growth areas of the country actually suffered more," McGill said.

On the other hand, McGill said "areas that have had more planned supply and more deliveries coming over the next 6 to 18 months, depending on the product, clearly will have more risk from an oversupply situation."

On Thursday, the latest GDP report measuring the economic output in the second quarter will give experts a better idea of whether the U.S. is actually facing a recession, or if one has already begun. 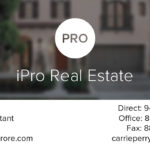 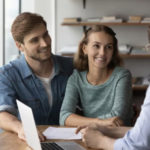 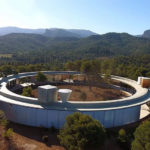 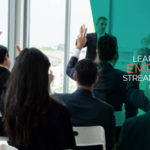 REALTORS: Endeavor & Achieve with us 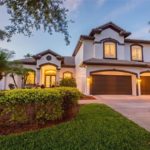